Hello, dear readers! I have missed you! Life since my last post has been thrilling, heartbreaking, amazing, rather epic and ultimately beautiful…but that’s all for another post (or dozen). Today, I’m going to be talking about an anniversary important not just to me, but to millions of readers around the globe. Yesterday was the 20th anniversary of the first Harry Potter publication. I think it’s just as popular and relevant now as when it first debuted.

Despite J. K. Rowling’s battle to get Harry Potter published, the work was so instantly a pop culture smash hit that I initially shied away from it. (I’ve since learned that rabid book fans are the best fans and usually of good taste.) I’d developed my book snobbery at a very early age (likely in utero), and thus anything with mass appeal seemed unappealing to childhood me. Had I known one of the main characters herself was just such a snob, I might have been open to it earlier.

It took until the third book came out–at my sister’s utter insistence–for me to pick up the series.

I was instantly hooked, so much so I couldn’t even pretend not to be–nor did I want to. Even in a blurb, the story appeals to all: underdog finds self, triumphing over daily hardship and ultimately great evil, with a lot of love and help from quirky friends. Add magic into the mix, and it makes for a spellbinding (pun always intended) read.

Rowling is credited for “getting the world to read again,” and it’s no wonder why or how. The universal message appeals to all, but the world is so chock-full of heartwarming and quirky characters, there’s someone for everyone to relate to.

For me, that was Hermione Granger. Not since Belle (Beauty and the Beast) did I come across a character I loved so much because she was me. She was unabashedly brainy, always choosing justice over popularity. Her devotion to the pursuit of knowledge, to speaking her mind, became central to her heroism. She made it cool to be smart and opinionated. 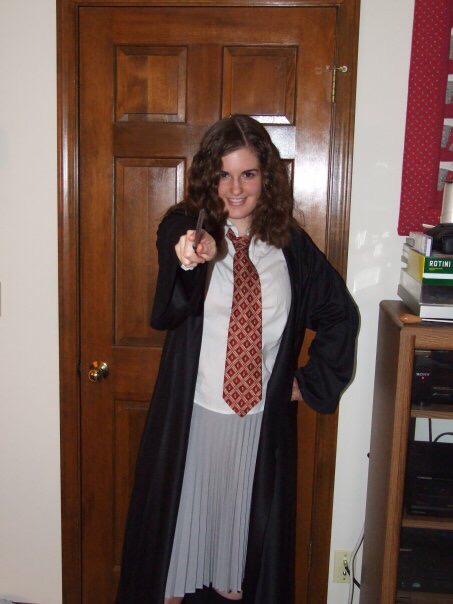 Wingardium Leviosa! Hermione is one of my favorite cosplays!

Another aspect of Harry Potter I cherish is how it showed the world that the power of friendship and love can overcome anything–that there’s nothing more powerful than those. It did that throughout the plot in the whole series. It also did that, beautifully and unpredictably, through the fandom that linked the world together through the series. These books inspired people to be themselves, and at impressionable ages, showed teens they weren’t alone or strange. What could be more pure than a love of books (perhaps I am biased)? A Harry Potter book in someone’s hands is a universal symbol of community, of the message, “I value love, friendship, and courage, too.” It brought my community of friends and fellow bibliophiles closer, too. While my sister and I were already at maximum sister closeness, it was so much fun to celebrate every book and movie release together, having someone right in your own house with whom to discuss every plot twist and inkling! 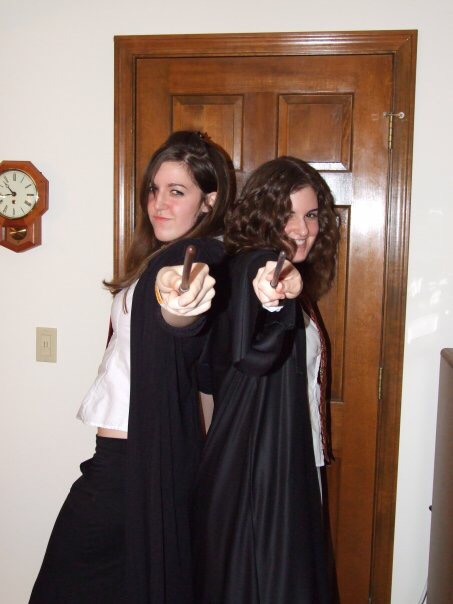 Sisters cosplaying for the “Harry Potter and the Deathly Hallows” book release 10 years ago!

What a unique experience it was to grow up with this series as it was coming out! It is one of the only book series I know of that “matures” as the characters get older–a neat experience for a girl paralleling the ages of the characters as the books were released (but then–children nowadays can get the same effect if they space out their reading year-to-year–but the addictive quality of these books makes that a difficult feat!). Indeed, the books became more dark and angsty as the characters grew up, which I found a fascinating and intriguing concept.

Something else Harry Potter taught us: to see magic in the everyday–that it’s all around us. Twenty years later, this is a lesson I use every day. ✨

3 thoughts on “What Harry Potter Taught Us, 20 Years Later”